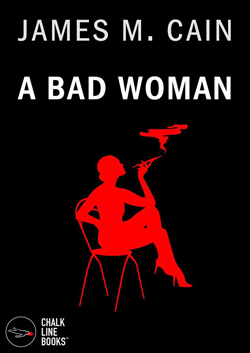 Film star Sylvia Shoreham is wowing the dusty gambling town and is hell-bent on divorcing her conniving user of a husband, a foreigner with a slick tongue and a heavy accent.

But the husband has other ideas, threatening to marry Miss Shoreham's neurotic sister if she divorces him. Hollywood bigwigs want to keep the movie star making the pictures that make them millions. And then there's a gun in the room and a dead husband. Did Sylvia do it? Or was it an elaborate suicide?

Everyone has a beef and a motive and an angle and it's largely up to Sheriff Parker Lucas, the laconic lawman who keeps order in his town, to unspool the tangled web. 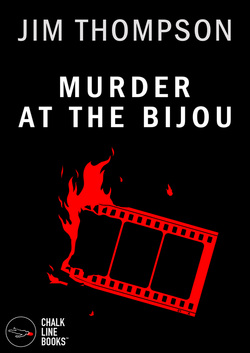 In this novel, Thompson’s first major success as a pulp fiction writer, Joe Wilmot, trying to go straight after a stretch in the pen, finds a movie house in a small crossroads that can use a helping hand and someone with half a brain for business. The theater’s owner, Elizabeth, isn’t the smartest operator around — or is she? Joe and the plain Jane Elizabeth decide maybe it would be better for business if they got married. Why not? And then Carol shows up, a bit stale in the eye candy department but ready and willing to serve — in every way.

They’ve got insurance coverage on the movie house; their lives would all be better if the place maybe had an accident, a little fire. But things can go very wrong. And in Murder at the Bijou they do. 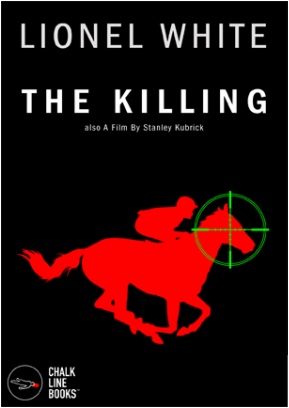 The boys said it couldn't be done—knocking over a racetrack.

Too much security. Too much money to handle. Too many obstacles. But Johnny Clay knew, if anyone did, how to mastermind a daring robbery.

You just had to have the right people to work with, a few ringers on the inside who could keep their mouths shut, and a diversion. A big diversion. Like taking out the favorite horse on the most anticipated race with a high-powered rifle. Things can go right, and things can go wrong. But Johnny knew his plan could work.  If only everyone did his part without cracking.

The Killing (originally titled Clean Break) by the master of capers, Lionel White, is what many people consider the greatest heist novel of all time.

Stanley Kubrick liked the book enough to option it and make a classic noir film of it, co-scripted with the great Jim Thompson. 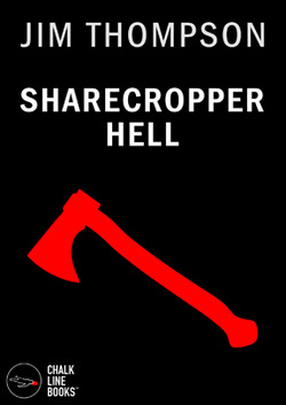 Nineteen-year-old Tommy Carver desperately wants to make something of himself, but he's got some mighty tall odds stacked against him—a brutal sharecropper father, a secret love affair with his wealthy landowner's daughter, a step-mother devoid of maternal instincts, and even his own short-tempered, prideful ways.

The odds only get worse when Tommy is fingered for murder in this shocking, twisting tale that explores sex, American Indian rituals, simmering race politics in mid-20th century Oklahoma and, of course, crime.

Sharecropper Hell was written and originally released as Cropper's Cabin by gritty crime novelist Jim Thompson, who often spun his tales from the first-person perspective of the criminal. 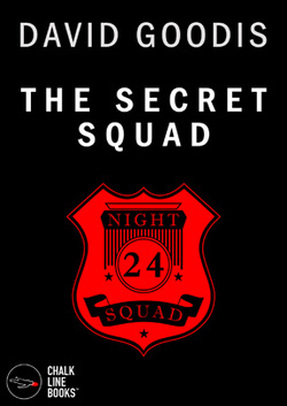 In David Goodis's bruising crime novel The Secret Squad, lead character Corey Bradford is on the skids and on a quick trip to boozeville.

He was a plainclothes cop who got caught with his hands in pockets where they didn't belong and he was pushed out the precinct door. But he was still just as fast with his mitts as he was his wits, and others took notice. Such as mob kingpin Walter Grogran, a man who didn't take no for an answer. But Bradford is also recruited by the notorious Night Squad, a secret arm of the police that doesn't knock before entering. And they don't take no for an answer, either.

A crime-related work of non-fiction from photographic legend Weegee ...

Arthur "Weegee" Fellig not only captured the gritty underbelly of New York City in his explosive photographs, but he lived it as well. In wisecracking prose that is a match for his unblinking ferocity behind the camera, Weegee recounts his days of taking tintypes of kids on ponies and how this knowledge of the streets and neighborhoods of New York led to him being the first on the scene of the city's every murder, disaster and heartbreak.

In Weegee: The Autobiography the author candidly and without reserve tells readers about documenting the grisly street executions by Murder, Inc., tenements up in flames, child killers, lovers in the back rows of movie theaters, and the sexual misadventures of streetwalkers, pimps and transsexuals, all in a voice that had seen it all and loved it all.